It was only a question of time, when mankind couldn´t take the presence of criminality, commercials and girl bands anymore and would totally go crazy. The revolution started in a small town in Arizona on monday, as a natural born guy named Dude went to town to get his payment and buy some milk. You already know what happened later on. Degeneracy, perversion, Burgess- like ultraviolence.

1.     RWS became famous with the game Postal and it´s FPS sequel Postal 2. What would you say is the message of this games?

Vince Desi: Violence belongs in video games, not on the street.  And creativity is a natural form of expression, especially now that were publishing I want to give other developers the chance to be themselves and we will help them.

2.     There is a famous russian lesbian teen pop duo, very popular these times. Is this possibly a topic you could work with in a game?

VD: I'm not sure if Tatu was ever in the minds of the people modeling the

Postal Babes, but I'm hopeful they would approve of the SNATCH game in

VD: Peter Jackson has done something many people have wanted to see done

justice on the screen for a long time.  The technology, money and talent

came together to give us the amazing Lord of the Rings trilogy.  At

Running with Scissors we have the technology and talent.  Just need

money.  Money is a great katharsis.

4.     Whooz the happy dude on the picture below? There are more photos like this on your site...

VD: A very lucky guy we met at ECT in London, I think he was from Russia.

5.     What is being up to come after Postal2 Multiplayer? Can U tell some details? If I say PLEASE... Or are you a person who gets persuaded by using threat /from Whiptail people, for example:-) ?

VD: We are working on a new addon pack and also POSTAL 3.  For your information we ended our relatiosnhip with Whipfail.  We could do a better job ourselves so now we’re publishing.

VD: We focus in humor, not sex unless its funny like we have the gay club called Fire In The Hole.  And we have the Gimp and other references.  Maybe in the future we will have more sex.  We are introducing the Postal Babes in the new multiplayer Share The Pain.  And I like to think that while violence belongs in video games, sex belongs

in the bedroom, or kitchen or airplane lavatory.   And while we can

always use more of it, we prefer the real kind to virtual sex.

7.     Would you call yourself a prophet of apocalypse, caused by the mankind itself?

VD: Prophet? Apocalypse?  You gotta be kiddin.  I really see the earth, the planet as one big toilet, and we’re all taking a massive social dump together.  I guess you can look at that as as Apocalyptic event in itself.

8.     Do you have a favuorite gun in computer games, or do you like them all the same? Or, is there a gun you miss in games?

VD: For me its always been about FIRE but I must admit the shovel has become my new best friend.

9.     A friend of mine – a priest- told me I should write reviews in a way, people would be possitively affected and so on. Do you think this is what we call „ideological pressure?“

VD: I would say that as a reviewer you are honor bound to give an honest

appraisal.  Your personal feelings or religious beliefs should be left

behind lest you do something as embarrassingly stupid as some American

games magazines.  And if priest over there are anything like priest overhere be careful and never bend over.

10.  Are all politicians really bad? Or are they just victims of money and power, which they can´t deal with.

VD: Some politicians are simply and unabashedly evil.  The rest are only

slightly worse.  But sometimes we get a good one, I actually like our current President George Bush a lot, he does what he wants, doesn’t kiss everybody’s ass like Clinton.

11.  Is TV the right medium to show us the „ideal way how to live?“ Most of teenagers are majorly affected by what they see on the telly...

VD: First I think its parents that count most, unfortunately the TV has become a baby sitting tool and now video games too.  Personnally I think real life experiences count more than anything, for example would you rather get a blow job in real life or in a game?

12.  I think I don´t have to answer that.:-) Is there a game, that is played by the whole team of RWS? If not, what should such a game content?

VD: I think we have all enjoyed Viewtiful Joe, Simpsons Hit n' Run and

Metroid Prime.   All great examples of their genres.

13.  When do we get Santa to shoot down, as he´s trying to breach through our roof? Maybe in Postal3? Can you tell about some new ideas in your planned future projects?

VD: We actually made a Santa Patch for the original POSTAL game, it was very popular.  I can tell you this for sure we will always do our best to offer you great gameplay and humor in our future games.

VD: Honestly money is necessary to do shit and the more money you have then the more shit you can do.  Fame means nothing to me, unless it gets me laid, then I dont mind it.

15.  The future of games- do you have some ideas, what it will look like?

VD: Video games are the first form of technical interactive entertainment.  Sure we had radio and TV, but they were passive.  As for the future I dont have a crystal ball, but if we look at history as a guide I think everything will be possible in a virtual world, including sex.

16.  Do you plan to make a new version of the first Postal, in isometric look? In a modern 3D world, it would be interesting, like real time Commandos or so, with a bit blood bath...

VD: Not at present.  Although I know someone who is working on a Gameboy version of POSTAL using the original backgrounds with the 3D characters from POSTAL 2.

17.  Where do all the ideas for games come from?

VD: RWS is a small group and so we all are involved and contribute ideas.  Each of us has their own speciality and we encourage everyone to go crazy and be as creative as possible.  I really think this is a major advantager we have over other developers, we wake up everyday with new ideas, most developers just take the same old shit everyday, they might as well work in a bathroom, unfortunately for them its what publishers want.  Not us, if you have game with real originality and you think its too crazy get in touch with me, it could be perfect.

VD: No, never, it gives me a chance to talk to our fans and the gaming community and now that were a publisher it s even more important.  Developers out there need to know there are alternatives to all the crap publishers.

THANK U 4 YOUR TIME AND ANSWERS!! 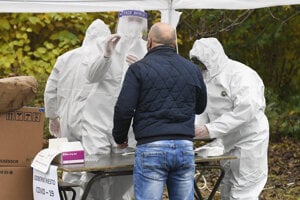 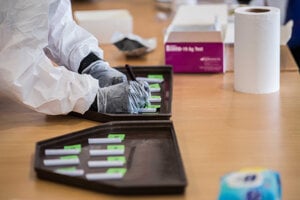 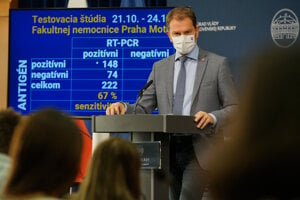